The Sexiest Vegetarian of 2011

A few days ago I saw that PETA announced the sexiest vegetarians of 2011... And the winners are ... Russell Brand and Kristen Wiig. I had no idea that Mr. Katy Perry was a vegetarian! He explained: "You shouldn't eat animals, it's mean to them". He has been a vegetarian since he was 14!
Previous winners are Prince, Carrie Underwood, Olivia Wilde, Leona Lewis, Kristen Bell, André 3000, Natalie Portman, Tobey Maguire...

So why this article? Because I'm also a vegetarian since the age of 12 ;)
Posted by Autumn Breeze at 9:48 PM 2 comments:

As some of you might know, I adore going to concerts! And a few months ago I finally got the chance to see this pretty lady in concert! I'm a HUGE fan of Taylor Swift. Most of the people don't know her and the few who do look at me like "are you kidding me?" But I don't care ;)
The concert was amazing! Speachless! I was really lucky and very close to the stage! I was worried that she wouldn't be that good live, but she really surprised me!
I made this next video at the concert. Whenever I hear "The Story Of Us" on the radio, it makes my day!
﻿
Here are some nice pictures of her! 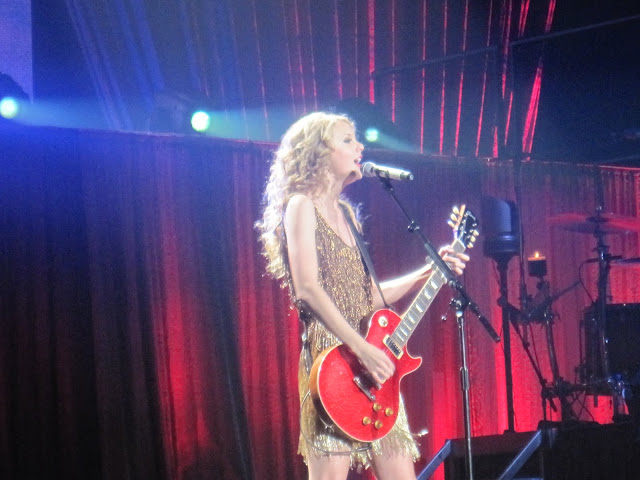 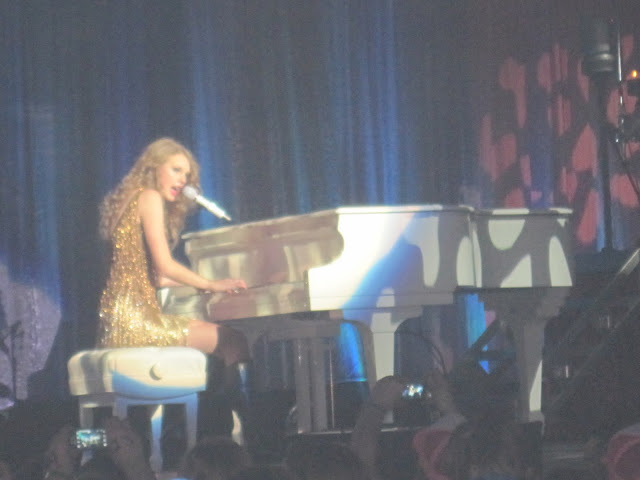 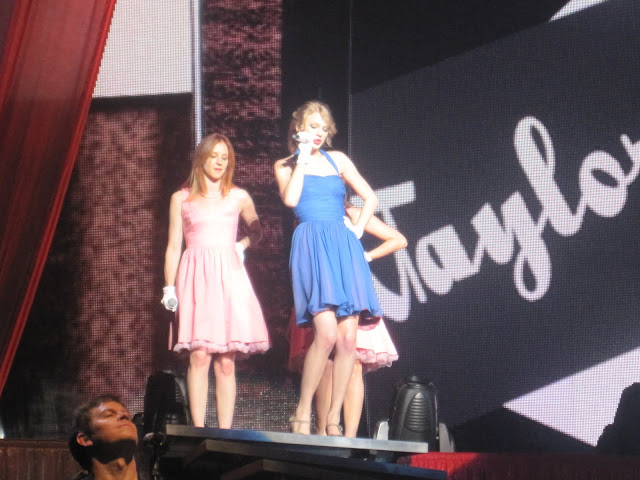 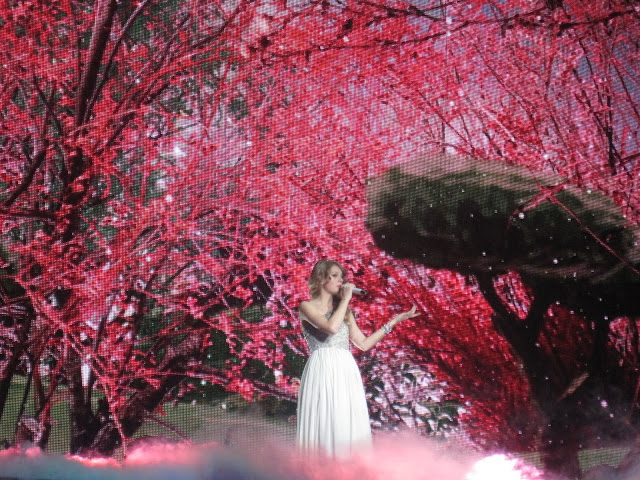 Posted by Autumn Breeze at 3:05 PM No comments:

Summer's here! School's out, students finished their exams, people are packing their bags for a holiday, barbecue smell everywhere and the thermometer is showing us high temperatures! I love it!
And these two things make summer even beter: music and fashion!

I really need to have the following things in my closet to make this season hot! ;)
(I know I want a lot of things ;D )

And these songs give me a instant summer feeling!

Some songs might be old or they don't have anything to do with summer, but they just remind me of summer... Which songs remind you of summer?
Posted by Autumn Breeze at 12:45 PM 7 comments:

A few days ago, I went out with Krizia, we were acting crazy in the car and singing old Britney songs! It made me realize that these songs were released 11 years ago. God, time goes by so fast, it seemed like yesterday!
It made me think about when I was a young teenager and what was hot back in the days! Come take a trip with me down memory lane! ;)

A lot of new things were getting very popular: Cell phones, DVD's, Napster, MP3, Harry Potter, ...
Here  are a few things that I had back in the days. It's funny to see these things again!
Everyone in my area, boys and girls, had these (ugly) Buffalo shoes!
The G-shock watch is making a huge comeback, and I must admit, it's not to bad at all!
This Coca Cola cell phone is the first cell I ever had!

When I listen to music, a lot of times I realise that the music in the early 00's was so much better!
Remember these songs?

The list goes on and on... So many great songs!

What are your greatest memories of the year 2000?
Posted by Autumn Breeze at 11:45 AM 4 comments:

I wasn't a huge fan of Judas, but Gaga's latest single isn't wow either! And when you see the video she released yesterday, you wonder what's going on with her? She losing it, the video is... boring!

Posted by Autumn Breeze at 7:44 PM No comments: 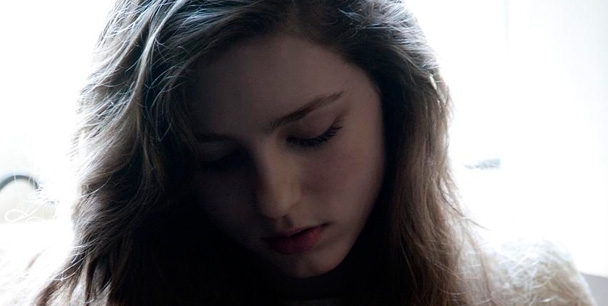 Yesterday I was reading Perez and he posted a song that we HAD to listen to... And I'm glad I did! Remember this name: Birdy! She's only 15 years old, lives in the UK and plays the piano with SO much passion! I had goosebumps right away! I youtubed her and listened to a few songs, that I kept repeating for hours! You can download her single 'Skinny Love' on iTunes. My favorite is 'Be Free'!

What do you think?
Posted by Autumn Breeze at 6:38 PM No comments: 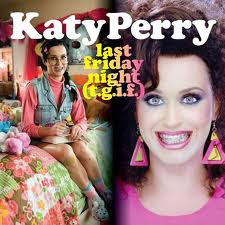 Last friday night, yeah I think we broke the law, say we're gonna stop... Every time I hear the lyrics, I can relate to it in a way! Not that I'm bad, but I think we all once had a crazy night in our life! And this song is the perfect way to describe it! Katy made a perfect video for this song! I love all the celebs in the video: Rebecca Black, Hanson, Corey Felman and Kenny G! It's so hilarious!

Just a few more weeks... That's what I keep telling myself. But I can't help it! I'm impatient! I want Forever 21 to open... right now! ;)
I remember the first time I walked in to a F21 store in the States... So many gorgeous things and the price was even more amazing! And do you know what the worst thing about it all was? That I didn't buy anything! I still can't believe it... That's why I'm even more impatient.
F21 was so hot in the States and I bet that it will be as popular as H&M and ZARA.
I really hope that I can go to the opening with Krizia. Until then, I'll drive myself a little more crazy by visiting their website... Here are a few of my favorite items: 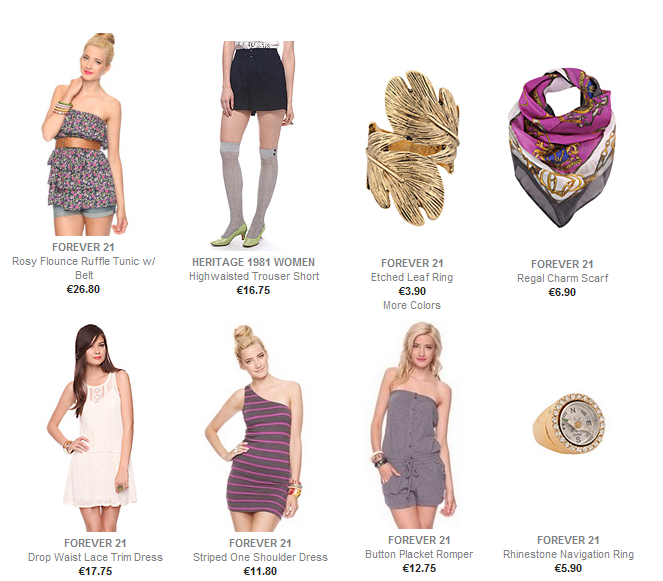 Posted by Autumn Breeze at 5:10 PM No comments:

Shame on me for not updating for a while! I'm really sorry!
So you might have already seen the next video,  but still I wanted to share this one with you all! There is a lot of controversy about this next video, Rihanna's Man Down. Krizia and I were talking about the video  (we both adore the song) and now I was wondering what are your thoughts?
Rather we like it or not, rape is something that happens in real life unfortunately, and we have to talk about it! This video is a good thing to stop the taboo and let people speak!
By the way, Rihanna looks stunning, once again!

Posted by Autumn Breeze at 1:27 PM No comments: